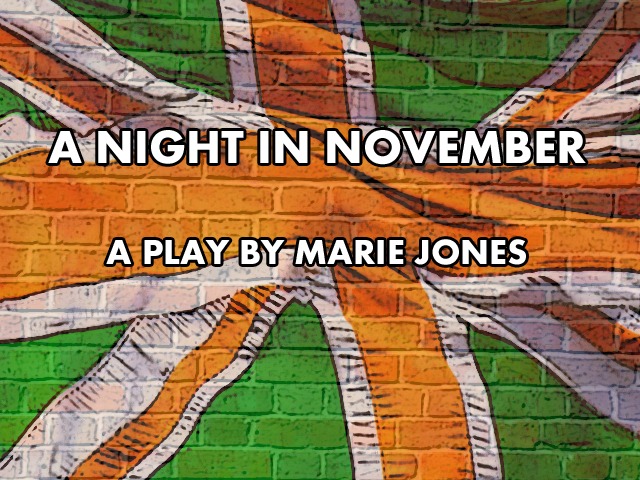 A Night in November is one of Belfast playwright Marie Jones’ most popular and most successful plays. First performed by DubbleJoint Theatre Company at the West Belfast Festival in 1994, it has since been produced on stages the world over – London, New York, Edinburgh, Los Angeles, and Perth, to name but a few.

The play follows Kenneth Norman McCallister, a Protestant dole clerk working in Belfast who boasts of ‘cleanly discriminating’ against Catholics throughout his life, and indeed he gains much pleasure when he gets accepted into the local golf club, ahead of his Catholic boss. This continues until he witnesses the hatred directed towards Republic of Ireland supporters at a crucial World Cup Qualifying game in Windsor Park. It causes him to question his beliefs and his identity as a British Protestant in Northern Ireland. The play shows how Kenneth deals with his identity crisis as well as introducing numerous other larger than life characters for him to interact with, all of whom are played by the one actor.

The part of Kenneth McAllister is played by vastly experienced Donegal actor and director, Christian Carbin. Christian has been central to the success of all of Donegal Drama Circle’s recent productions for the Donegal Bay and Blue Stacks Festival, including last year’s China Doll (David Mamet) and previously, The Cripple of Inishmaan (Martin McDonagh), Moll (John B. Keane) and My Boy Jack (David Haig).

In this time of Brexit, borders and shifting identities, A Night in November is an entertaining piece of theatre that celebrates acceptance, growth and understanding. nomoreworkhorse