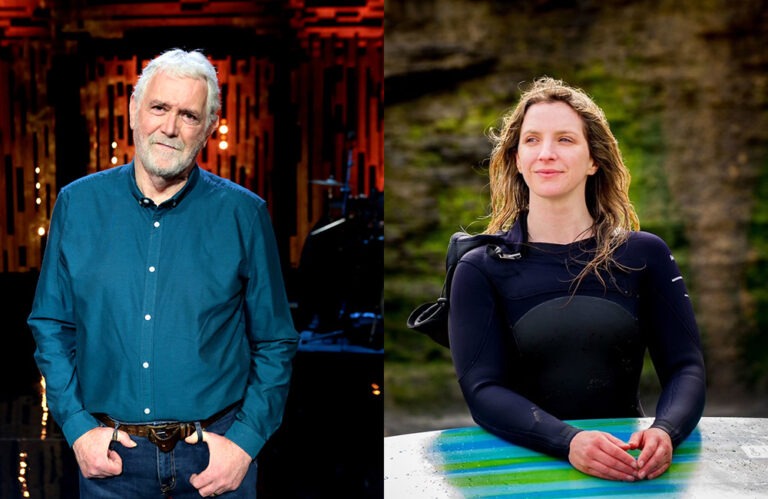 Both Easkey Britton and Charlie McGettigan have recently written their biographies. Easkey’s –  Saltwater in The Blood – was published to great acclaim last year, Charlie’s – Forever a Rock n Roll Kid –  will surely elicit a similar response when it is published this month.  Join them for an entertaining conversation and readings with poet and festival literary curator, Denise Blake.

Easkey Britton is a surfer, writer, artist, film-maker, coach and marine social scientist, with a Ph.D in Environment and Society. Raised by the shore at Rossnowlagh, she was taught to surf at the age of four and now channels her passion for the sea and surfing into activism for social change. Nowhere more so than in her on-going promotion of female surfing in Iran, as explored in her award-winning film documentary, Into The Sea. In her book, Saltwater in the Blood ( Surfing, Natural Cycles and the Sea’s Power to Heal), Easkey provides a rare female perspective on surfing, exploring the mental skills it fosters and the need to recognise the value of the ocean and of nature’s cycles in our lives.

Charlie McGettigan is a singer and songwriter from Drumshanbo, County Leitrim. As well as winning the Eurovision Song Contest with Paul Harrington ( ‘Rock n Roll Kids’) in 1994, Charlie’s career as a much sought after songwriter has seen his work interpreted by the cream the lreland’s singers and ensembles including Maura O’Connell, Dé Danann, Christy Moore, Ray Lynam, Mary Black and Daniel O’Donnell, to name but few.  Charlie’s newly published biography, Forever a Rock n Roll Kid, is a journey through music, song and stories, from the early 1950s to that famous Eurovision victory in 1994. The publication also contains 26 songs which, through the magic of QR codes, can be enjoyed on smart phone or iPad. 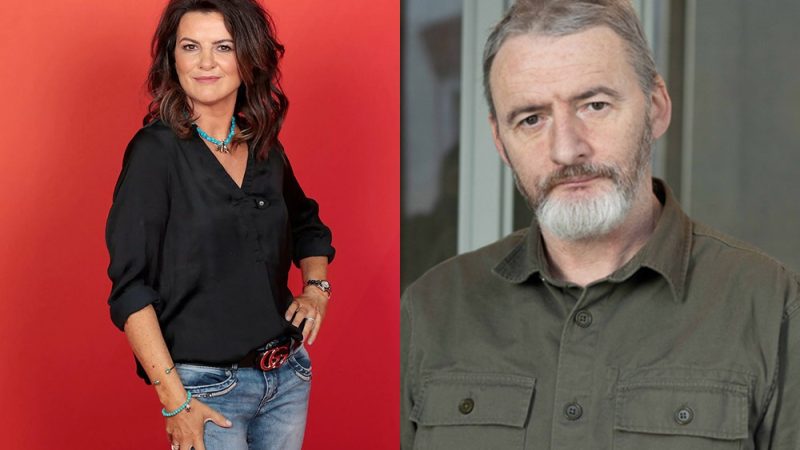 Live Event
In association with the Frances Browne Literary Festival