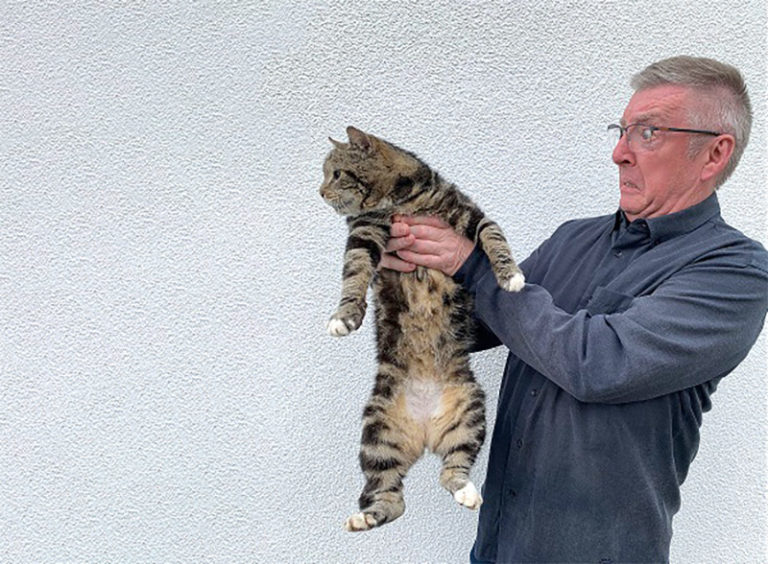 My Wife, Her Cat and Other Stuff is a new play by Letterkenny writer Brian Walsh, performed by hugely popular actor and comic, Conal Gallen.

A husband relates a curious tale of domestic pet care, housetraining, keyboard warriors and animal psychology, moving gently to a conclusion that few could have foreseen. Along the way there are many laughs and absurd situations, with unlikely appearances by George Orwell, Donald Trump supporters, the Minister for Finance and Joe Duffy.

Conal Gallen is one of Ireland’s best loved and most successful comedians. He has performed his legendary stand-up shows throughout Scotland, England, Australia and the US. In recent years, in a writing partnership with his son Rory, he has taken to producing comedy stage plays – including How’s Your Father?, A Bit On The Side and Off Your Trolley – which have enjoyed phenomenal success, touring theatres and arts centres the length and breadth of the country.

Brian Walsh is a writer from Letterkeny. Having written a series of sketches for Letterkenny Memories with local comedian, Andy McGranaghan, Brian then wrote a longer piece, Is there Anybody There?, which has been performed by drama groups in Arundel (Sussex), Belfast and Dublin. He is delighted to have Conal Gallen playing the part of The Husband in his new play and is grateful to Kieran Quinn and the Balor Rep for all their support and encouragement.