With Kate O’Callaghan, and the Donegal Camerata String Quartet 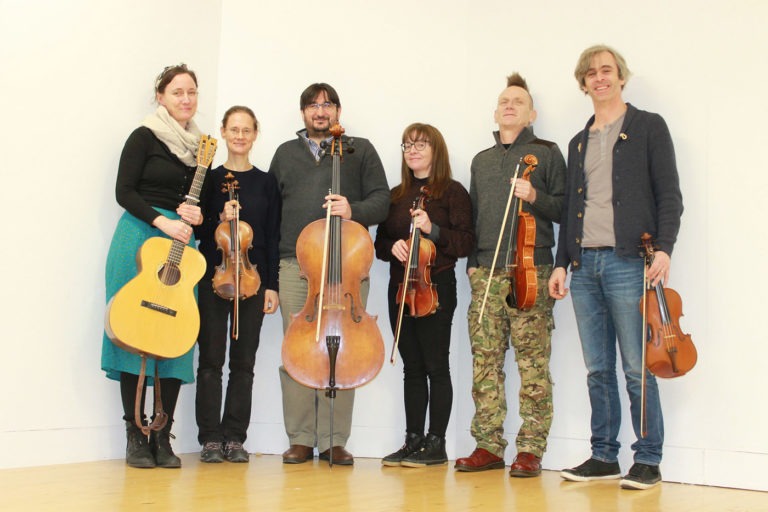 With Kate O’Callaghan, and the Donegal Camerata String Quartet

Small Behaviours–Songs from a Witness Statement is the second instalment of Inishowen musician and composer Kate O’Callaghan’s musical response to her great grand aunt Catherine Rooney’s witness statements to the Irish government’s Bureau of Military History, detailing her involvement in the events of Easter 1916 in Dublin, and the subsequent War of Independence. While a previous work, The Girl with The Beret, focused on 1916, Small Behaviours deals primarily with its aftermath.

As such, the new song cycle sees Catherine – a native of Dublin – and her wider family, including her sister and her mother, deeply involved in the events of the War of Independence. From organising gun-running expeditions from Glasgow, to assisting with intelligence work, planned prison escapes and the disposal of documents, including papers captured following the IRA assassinations on Bloody Sunday.

The family home on North Richmond Street, and former abode to James Joyce (featured in his short story ‘Araby’ in the Dubliners), acted as a secret meeting place and safe house. Used to treat and receive wounded Irish Volunteers on many occasions, including the attack on the Customs House in May 1921, it was where one of the first Thompson machine guns brought into the country was assembled and stored.

The work is essentially a reflection on the seemingly ‘small behaviours’ of ordinary women, which ultimately affected far-reaching social change over time.

In addition to her own extensive solo work, Kate O’Callaghan has collaborated with various artists and ensembles including Mary Black, The Henry Girls and the Inishowen Gospel Choir. Prior to embarking on the current Witness Statement projects, Kate released a well received solo album, The Still Beyond, in 2013.

Small Behaviours – Songs from a Witness Statement, was created with the help of a grant from Creative Ireland.